Before the time of Covid-19, I used to go to the local cafeteria once a month and listen to various writers sharing their stories. After self-publishing my book in 2018, my book designer and friend suggested this would be a good way to connect with like-minded people, so I gave it a try.

These events were set up in a similar way as book promotions I attended in well-known city bookstores. A group of people would gather around the small stage, where writers would step up and in 10 to 15 minutes present themselves and their latest work. The atmosphere in the cafeteria, however, was more relaxed. There were always cafe customers around, who weren’t part of this event; also the audience had no clue what to expect from presenters. Some writers choose their lines on site, while others come prepared, but appear to be casual when they recite their poems by heart or read pieces from papers and cell phones. I was told that they had to come ten minutes prior to the event, sign themselves up with the host and wait to be called.

I enjoyed spending my time in their company, but I never signed myself up for reading. Part of me believed I would never do so. One of the reasons was that my book was written in my Serbian language, which no one understood, but I also struggled with the idea of speaking in public in English. I thought I would never feel comfortable enough to take a mic and share myself with native speakers.

In the meantime, the whole world, not just me, has changed forever.

Two months ago, while I was waiting for the green light to cross the street, I checked the posters on the front door of Gigi’s Cafe. I smiled when I read one, “Writers’ Open Mic.” I grabbed the phone to capture the details of this event and hurried the next day to send an email to the cafe manager. A day or two later, I received confirmation about my participation in the upcoming reading event.

On May 5th, before six other Victoria’s writers and some Cafe customers, I got a chance to say a word about myself and publicly present my book, The Journey to Bring Back Play. This was my first in-person presentation and I deliberately chose to read a number of pages from chapter three, titled “Trust.” Some old Natasa would second guess if the details about her upbringing and the life in some southeastern European country would be interesting to strangers from another culture, but thankfully, this one knew well the story would be intriguing and quite relatable.

The night was a success.

I sometimes whine about the struggle of being a self-published author. Even though there is a guideline nowadays on how to publish your book, where to find a book designer or editor, what to do to spread a word about it etc, still, this is a very personal and unforeseeable journey. What has worked for one person, might not be it for the other; the information or moment that was crucial for one writer, might take the other in the wrong direction. My belief is that this journey requires every author to learn to lead oneself and remain open to what’s coming her/his way, especially when she/he experiences delays, frustration, or bounce between times of great excitement and deep discouragement.

For this same reason, I immensely enjoy being a self-published author. I often like to see my fellow companions and myself as those early settlers who centuries ago embarked on a new continent. And from that viewpoint, all of our experiences make perfect sense to me. Our journey is supposed to be hard (and a bit lonely) but satisfying enough to keep us moving forward; it is supposed to have no road signs but make us turn inward and rely on our inner guidance; it is supposed to be a journey full of never planned field trips which eventually lead us to great adventures and (self)discoveries.

New worlds were always made this way. We (I mean humans in general) wouldn’t create anything NEW, if we KNEW (it’s interesting how these two words, with two opposite directions are homophones in English language) where we’re heading or how to get there or who we’ll become along the road. We wouldn’t strive or believe in the so-called impossible. We probably wouldn’t appreciate the opportunities others made for us, in the way we do after struggling for some time on our own.

One of the great opportunities I’ve got, was from the librarians from Great Victoria Public Library. In 2015, they started Emerging Local Authors, a collection of self-published and small press books, with the goal to bring local authors together, regardless of the language they write in, the genre of their books or their style.

I submitted my book last fall and I was happy when it was accepted for the 2022 collection. From June 4th, my book can be borrowed from the Central Branch of GVP library.

I can’t help but continue thinking of my companions and myself not just as participants in these book events but also as co-creators of the big new world (of self-published authors) itself. If you could zoom the lens out for a moment, you could easily see British Columbia as a distinct colony (of authors). It is full of individuals who are journeying around on their own committed to finding ways to meet their needs (writing, editing, promotion, sale, collaboration). Thanks to some institutions and art lovers, many stops are already made (Open Mic and Emerging Local Authors, workshops, teams of editors and designers) and put on the map for future comers, but others are yet to be found or created. And that’s what we are here to do. Every one of us is a trailblazer and at any time can initiate new routes, just by listening to the inner voice, envisioning where it wants to take you and making step after step in a new direction.

And what about other colonies (in Canada and around the globe)? Every time I virtually cross paths with them, I am inspired by their ideas, their spirit and perseverance. I can see they are also working hard clearing their roads and building their settlements.

I sometimes imagine the time when our (self)journeys will make their full circle and open us to meet and share our discoveries. I see us sitting at the round table, at the same time being mentors and apprentices to one another. And that experience will open up a whole new chapter of our exploration. After helping each other understand better what we’ve mastered along the road, we’ll be committing ourselves to new paths by realizing what has to be grasped next. 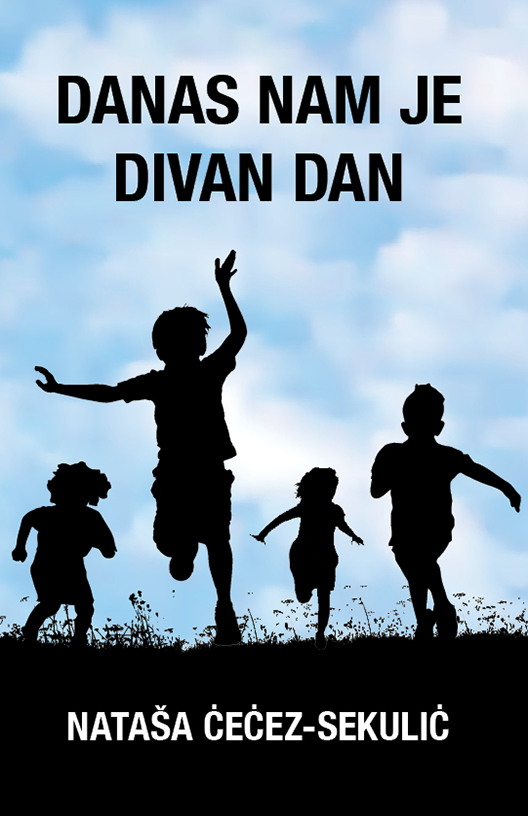